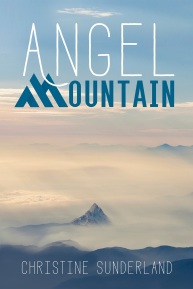 Resource Publications, an imprint of Wipf and Stock Publishers

Buy from Wipf and Stock

“A holy hermit, a Holocaust survivor, a literary librarian, and a Christian geneticist search for peace and happiness in a culture of chaos.

Hermit Abram, eighty, and his sister Elizabeth, eighty-four, escaped the Holocaust in Greece and made it to America as children. Elizabeth retired from teaching high school Western Civilization, and Abram, who retired from teaching classics at U.C. Berkeley, converted to Christianity and retreated to Angel Mountain to pray with his icons for the world and preach from the mountainside.

Elizabeth hires Catherine, thirty-three, to sort her home library. When Gregory, thirty-seven, a geneticist supporting intelligent design, falls from the mountainside and is rescued by Abram, these four lives are changed forever. The earth quakes, fires rage, and lightning strikes, as antifa protestors threaten the hermit and his friends. Angels bridge Heaven and Earth, and eternity intersects time. Is this the end of the world? Is the kingdom coming?”

“In Angel Mountain, Christine Sunderland has created a gripping and theologically rich novel, in which four remarkable people make their way through a shifting cultural landscape ringed with apocalyptic fire, revolutionary politics, and end-times expectancy.”

—Wilfred M. McClay, University of Oklahoma, author of Land of Hope: An Invitation to the Great American Story

“Angel Mountain, which the world calls Devil Mountain, is beyond the reach of the secular city of Berkeley. There is a man living on the mountain who speaks of heaven and hell and good and evil. Just raising these topics is enough to spark concern and violence in his audience. Meanwhile, the world of 2018 is on fire, both literally in the countryside and spiritually in the minds and hearts of the characters of this quietly apocalyptic novel. Perhaps when the world does end, it will end both physically and spiritually at the same time. If so, Christine Sunderland’s Angel Mountain shows how to live in the midst of disaster and how lives can be remade if we have bold enough hearts. Read if you dare!”

—Paul Russell, author of Looking Through the World to See What’s Really There

“I have a certain shelf of books that I intend to read more than once. Christine Sunderland’s latest novel, Angel Mountain, is one of those books that will go on that shelf, for I will read it again. It is not a paint-by-number book. It is a Van Gogh, with poetic hues, chroma, colors, and shades brilliantly flowing in and out from one another creating a literary painting one will not soon forget.”

In many ways, although this is only the second novel I have read of this author, it reads as a climax of many threads that, one imagines, have been gathering momentum through Christine Sunderland’s seventy years of life which, with the twists and turns of an exciting write, she has turned into a spiritual thriller, racing through the tensions of our times and, at the same time, pausing in front of the mystery of God and prayer: that striking contrast between upheaval and turmoil and the still point of being still: “Be still and know that I am God” (Psalm 46: 10).

We enter a world rightly worried about the need to remember war, its abuses, the escalation of conflict, the unholy influence of drugs and money, terrorism and its dehumanizing isolation and destructiveness, the experience of refugees, and the many ways that we come to the solid foundations of our lives and of the societies in which we live in discerning the ethical use of reason, science, the great and majestic sweep of culture, civilization and religion. This contemporary scene is embraced, as it were, within the structure of time echoing God’s work of creation and, as the novel develops, so the almost contradictory song of praise rises from one of Sunderland’s most dramatic characters.

We enter this world, then, through a variety of voices who range from the almost deranged terrorist to the prophetic voice of a modern day John the Baptist and a whole range of characters in between, either thinking through their relationship to the Christian Faith or deeply immersed in or connected to it; and, in the course of what unfolds, there is the almost anonymous “hook up” contrasted with the deeply personal engagement and marriage of two of the central characters. In the midst of a volatile situation, whether externally with forest fires and the unpredictable killings of bystanders or the erupting, “internal dialogues”, within her characters, there “enters” an enclave of friendship in the house of a Jewish widow, Elizabeth, who has befriended her housekeeper and husband and the two people who, in time, will meet and be drawn together through a common love of Elizabeth and her brother, Abram.

Abram, who is a late vocation to the Anglican priesthood, and who preaches repentance and baptism before his death in a beautifully colourful Orthodox context of intense iconography, praise, and a radical Christian life. Sunderland’s portrayal of Abram brings out the dramatic nature of conversion and its call to others, drawing out friendships and opening up relationships, literally, between heaven and earth! While, in one sense, one might have objected to such a prayer saturated book, it is so taken up into the life of Abram that it truly shows the “invisible made visible” and a generous embrace of a variety of different expressions of the heart’s awakening to the existence of God who loves us in the death and resurrection of Jesus Christ. One wonders, too, about the author’s ecumenical embrace of different traditions with an almost “interior” unity between them all; and, as such, it is like reading an account with the sense of Ut Unum Sint, That They May All Be One, by St. John Paul II – but without the explicit mention of the pope.

Sunderland touches, too, on the challenge of harnessing the good of genetic science and repudiating its harmful, historical antecedents which, ominously, touch the present; and, it is good to see a brief but intermittent exchange about the credibility of evolutionary theory. Indeed, the need for explicitly critical thinking is evident as one character speaks of the ‘Cambrian explosion, a fossil record with no found links to earlier fossils, a species that simply appeared.’ In other words, within the scale and dynamic of the whole book, it is clear that the ’chance’ (cf. Proverbs, 2: 2) appearance of human life is as foreign to human existence as the passage between atheism to religious belief is intelligent.

In view, then, of our present times, full of the reality and ongoing tension of war, it is definitely consoling to discover an author who sees, simply, the whole: the detail amidst the grand sweep of history – both challenging us to the good use of our freedom and intelligence and encouraging us, in the context of time from time immemorial, to believe in repentance and prayer for the good of all.

Yes; there are echoes of C.S. Lewis’ That Hideous Strength – but a wonderfully exciting drama told wholly on her own terms! Christine Sunderland is both a woman with roots in the living waters (Psalm 1: 3) and a scribe who brings out both the old and the new and shows their harmony in the hands of God (cf. Matthew, 13: 52)!

“Angel Mountain” by Christine Sunderland is a captivating contemporary novel encompassing issues relevant in today’s world along with the timeless conflict of good versus evil, all wrapped up in a message of grace, love, and hope…” Sheri Hoyte for Reader Views. Read entire review here: ReaderViewsReview.Angel Mountain

“Christine Sunderland’s ANGEL MOUNTAIN is a contemporary novel of timely relevance and timeless spiritual themes. We meet four main characters: an elderly religious hermit and his sister, both of whom survived the Holocaust in Greece; a young librarian out of a job because of ideological intolerance; and a Christian geneticist with a passion for proving the harmony of science and faith. Sunderland skillfully weaves together the lives of these four people against a backdrop of cultural tumult and the volatility of the northern California landscape. As college protests and Antifa-inspired terrorism rage at UC Berkeley, the hermit Abram leads a religious revival from atop the numinous Angel Mountain. Earthquakes and storms threaten, portending an apocalypse. Our characters search for answers and peace in this confusing world, relying on the grace of God and the accumulated wisdom of Western civilization.

“ANGEL MOUNTAIN is a uniquely modern and uniquely personal novel, interwoven with places and things familiar to the author. Sunderland’s writing is rich in sensory imagery and also takes ample time for intellectual discussion; the topics touched upon include Intelligent Design, the natural moral law, the American founding, and the Pythagorean harmony of the spheres. While underpinned by a strong conservative philosophical worldview, the novel presents its case in a thought-provoking way that will be compelling to a wide range of readers. Most remarkable is the way ANGEL MOUNTAIN combines contemporary issues with a respect for history and a love of beauty. Sunderland sustains our interest right through the gripping, mystically charged denouement in which we see heaven and earth meeting and eternity intersecting with time. This fascinating novel comes strongly recommended.”

Michael is an essayist and the author of two screenplays, The Incredible Life of Joey Coletta and Dutchess County.

“I have been meaning to email you to tell you how very much I enjoyed Angel Mountain. How prophetic, and so true to life. I was happy to recognize people and places, even as an Oregonian! The book left me with a profound feeling of peace at the end. I like your description of heaven. It is a book that we all need in these troubled times.”  —Gillian, Oregon

“Just wanted to let you know how much I am enjoying Angel Mountain… I am enjoying getting to know the characters.  Your attention to detail and your knowledge of so many different subjects is quite impressive.”  —Barbara, Walnut Creek, California