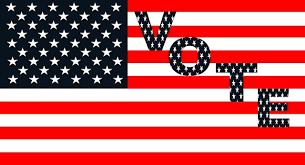 They say this election is the year that reflects the rebellion of the middle class against the elites of our country: Washington bureaucrats, Hollywood stars, New York publishers, and anyone who graduated from an Ivy League college.

Elites are self-perpetuating. They make sure their family and friends continue to be elites. They hide in clubs and behind secure gates and go to safe schools. They sometimes rig the game, but most of the time the game is theirs already. Elites make the rules, pass the laws, lobby their cause in Congress.

But there are and always will be (I hope) Horatio Alger heroes in our great nation, those men and women who build upon their lower and middle class backgrounds and climb the ladder into the upper class, rung by rung, hour by hour, breaking through a gender-neutral glassy, caste and class, ceiling. They work hard, they sacrifice, they sleep little, and they win the prize. They earn it the old fashioned way, inching from rags to riches.

And there are and always will be voters who have had enough of big anything, be it government, stars, companies, unions, egos. These voters say, I want my freedom back. I want the chance to be a Horatio Alger hero, the hero of my own story. I want peace in my neighborhood, police who fearlessly police to ensure that peace. They say, I want disturbing the peace to be a crime once again. I cannot move up the ladder if anarchy reigns and martial law follows suit. I cannot climb if I am crushed and enslaved by big government.

Our culture seems to be one of escalating violence, a violence often caused by a creed of cleansing. The eugenics movement of the early twentieth century was attractive to those who desired to cleanse the population, to allow only “people like us,” Nordic Europeans. Built upon Darwinian thought, the movement led to Hitler, its high priest. It was embraced by the Left, claiming that blacks, eastern Europeans, and southern Europeans, were genetically inferior to northerners. As Thomas Sowell writes in the Wall Street Journal, “Progressives spearheaded the eugenics movement, dedicated to reducing the reproduction of supposedly ‘inferior’ individuals and races. The eugenics movement spawned Planned Parenthood… in academia there were 376 courses devoted to eugenics in 1920.” Southern whites were Democrat, southern blacks Republican. Republicans sponsored the Civil Rights Act of 1964. Somehow in the cleansing of history, these facts are seldom mentioned.

It has been said that if a culture treats life as disposable, violence will be commonplace. Having made killing the unborn legal, killing the elderly is next, both groups considered unwanted, messy burdens. With echoes of Hitler, the handicapped will be cleansed as well. The belief that all life is sacred will be whitewashed, as a religion of death supplants the Jewish and Christian religions of life.

We must recall the history of Western Civilization, how we got here, who we are, what we stand for, so we can choose the national road to take. The image of cleansing the populace is not new, but one repeated throughout history, in “purges.” The iconoclastic Protestants of the sixteenth-century Reformation were sickened to the point of rage when they saw religious images in the churches of France. They believed Catholics worshiped images and “polluted” Christianity with heresy and superstition. They entered the churches and destroyed images, whitewashing frescoes and toppling statuary. They saw themselves as cleansing their culture.

Radical Islam desires to cleanse the world of infidels and set up a caliphate of true believers, instituting sharia law, which will punish dissent and enslave women. In many communities in Europe and the U.S., such law is already observed.

Western culture is also obsessed with clean. The cleansers appear to come from upper classes, folks who own too much and have too much time. Guilty as charged, they desire to rein in their own materialism, to boast self-denial through simplicity, to re-order their unproductive lives. They are repenting and seek redemption, desiring not only people but ideas to be clean too. As Laura Freeman writes in the British Spectator, the desire to cleanse often leads students “to approve only one point of view and to [not allow] any speaker who dissents. Anyone not on message about trans issues, the migrant crisis or abortion will find themselves summarily [rejected] from the campus. What is a ‘safe space’ if not somewhere white, tidy, clean and antiseptic, with nothing on the walls to offend a delicate sensibility?” Sounds familiar.

Cleansers are also active cleansing the environment and demanding programs that hurt the poor, that raise the cost of living with large government programs, that use bad science to support “man-made” global warming.

Cleansers deny the global south genetically modified crops (GMO’s) needed to survive, crops that have nearly banished world hunger.  Folks in Uganda and Zimbabwe cannot afford to worry about genetic modifications, deemed safe by good science. Anti-GMO protesters have destroyed fields and hampered research. As Purdue University President Mitchell E. Daniels Jr. said in a speech quoted in the Wall Street Journal, “We are dealing… with the most blatant anti-science of the age. But it is worse than that. It is inhumane and it must be countered on that basis… this is an indulgence of the rich and it is not just scientifically indefensible, it is morally indefensible.”

A friend said recently that democracy is messy. She protested in the sixties so that the issues “would be on the table.” Certainly we are allowed to speak, to have a voice. But we must speak civilly as many in our history have done, as Martin Luther King did. We can tolerate messy as long as we respect one another. We can welcome diverse views. We don’t need to have everything clean and perfect and orderly. We don’t need to be Stepford citizens with lockstep opinions. But we need to follow the rule of law we have all agreed upon, not a rule imposed by self-perpetuating elites, be it the Supreme Court or the White House or Ivy Leaguers destroying third-world food supplies.