This week we remember Nine-Eleven, the terrible assault on New York on September 11, 2001 by terrorists who hated America and desired to destroy her. But they didn’t. She rose from the ashes.

America is under another assault, this time from within. And so we pray. We pray for her to survive this assault and rise once again from the ashes of our cities, to rise like the phoenix of old, and claim her true history, her true values, her freedom and justice for all.

Our Anglican 1928 Book of Common Prayer has a prayer for this kind of justice that seems to be under attack. The listings of daily Scripture readings, the Offices of Morning and Evening Prayer, and the “The Order for The Administration of the Lord’s Supper or Holy Communion, with The Collects, Epistles, and Gospels,” are appreciated and often used, the tissue pages well thumbed, there are many unique prayers I have come to love as old friends.

Our Council of Bishops asked that we all include in our daily prayers, the prayer “For Social Justice”:

ALMIGHTY GOD, who hast created man in thine own image; Grant us grace fearlessly to contend against evil, and to make no peace with oppression; and, that we may reverently use our freedom, help us to employ it in the maintenance of justice among men and nations, to the glory of thy holy Name; through Jesus Christ our Lord. Amen. 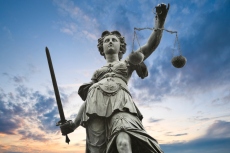 I have learned (I think) “A Collect for Peace” which is a part of the Morning Prayer Office. It lives above “A Collect for Grace” on page 17, memorized many years ago when I was saying my morning prayers in a rush, multitasking. Adding “A Collect for Peace” was the latest addition. Now, I ask myself, can I possibly make room in my memory bank (that seems challenged these days) for the Social Justice prayer? Given our current state of the American union, or disunion, and given we have been asked by our archbishop to pray this daily, I will give it a try. Like the Peace prayer I will tape it on the back of my phone that is often in the palm of my hand. 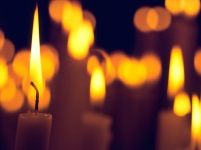 All Christians are called to pray for social justice expressed in and protected by the rule of law, recognizing the dignity of every person made in God’s image, born and unborn, regardless of race, gender, class. And our country, America, is the cradle of freedom, equal opportunity, and peace, at least it tries to be, enshrines these goals in its constitution. It is certainly the best the world has to offer at this moment in history. And it is the most threatened at this moment in history.

My recently released novel, Angel Mountain, shines a light on a dark period in the history of Europe. My characters Elizabeth and Abram made it to America as young adults, but as children, aged six and two, they hid from the Nazis in cellars of brave Orthodox Christians in Greece.

Their backstories recall a familiar history we should not forget. Jews fled Germany and Russia, both totalitarian socialist states. These countries were run by elites who believed they knew better than the rest of the population and any means justified the end, their impossible dream of utopia as they defined it. Those persecuted, those not fitting in, fled (if they could) to the West and to freedom: western Europe, then America.

If America chooses to become socialist, chooses to believe the false promises of a socialist utopia, those persecuted, those not seen as suitable in words or deeds will have no place to go. We are the last hope of the world, the last light still burning on the mountaintop. 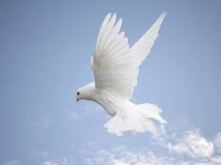 In every Mass we confess our sins—for we know we are imperfect. We confess to Almighty God (not to social media or protestors or those who threaten us). If we confess to a priest, he acts as Christ’s representative, not as himself, not as society.

I believe it was Eric Metaxas, biographer of Dietrich Bonhoeffer, who said that the rise of the Social Democratic Party (Marxist, Nazi) in Germany in the ‘thirties, and all of the horror that entailed, meant the silencing of the churches along the way, quietly coercing the tacit acceptance of these bodies of faith. The Party did it through lesser issues, demanding allegiance (or simply blindness), all the while building a fascist terror that nearly took over the world. Andrew Roberts details this kind of soft appeasement in Britain in the ‘thirties in his new biography of Winston Churchill: Churchill: Walking with Destiny. I pray that this kind of quiet agreement will not be successful in America, but already we see churches wanting to confess their sins to those who loot and burn. We should only confess our sins to God.

Public confessions made to society are a Marxist practice, and these “confessions”, whether by religious figures, media and Hollywood celebrities, corporate chiefs, or academic faculty, are troubling. A Catholic priest recently made just such a confession in the form of the Catholic catechism, fully vested, at the altar of his church, as though it were a sacramental act.

Regardless, Christians and Jews believe in the God of all righteousness, true justice. One day we will face our Maker. One day we will need to account for our lives, our thoughts, words, and deeds. In the meantime, I shall work on my prayer for Social Justice for all, praying to the author of my soul.

I shall keep on praying for our country, our freedoms, and for social justice for all.