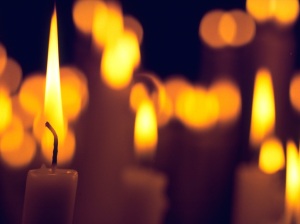 Rush Limbaugh died on Ash Wednesday this last week. Some said, “He always had good timing.” Perhaps, but we can’t control the timing of our death. I believe it was probably God’s timing.

I was introduced to Mr. Limbaugh’s radio show in the 1990’s when we were having some floor tiling done in our home. The workmen had the radio on. They were listening to Rush.

I listened too, from time to time, intrigued with his straightforward reasoning. He was a bit brash, as entertainers are. He was funny and interesting. I recall he would rustle paper during pauses, as if the paper were impatient. He may have drummed his fingers on the table. He was a master of the dramatic silence, allowing his reasoning to become your reasoning, allowing us all to follow his train of thought. Over the years I tuned in occasionally, in the car, in traffic, driving home from our chapel in Berkeley and wondering what his take on the world was at that point in time.

I was grieved over the various health problems he had. His courage gave us courage. His strength strengthened us. He misspoke from time to time and called people names (not unheard of in talk radio or for that matter any media). But he created a friendship with each one of us that is difficult to describe. I smiled when I heard he was getting married, as though he were a brother. He was funny and full of hyperbole. His station was the EIB station, Excellence In Broadcasting. His talent was “on loan from God.”

As a conservative, he spoke my thoughts, gave order to my logic. He said the things I wanted to say but didn’t have the forum or the opportunity or the courage or simply the words. He was concise. I imagined him rolling his eyes a good deal at some of the goings on in the world of the Left. He was much like Donald Trump. Both men did not “suffer fools gladly,” but saw clearly, saw that to make a log cabin you had to cut down trees. Ronald Reagan, the rough cowboy from Hollywood, was a leader like that as well, but it took hindsight to appreciate his gifts to America and the West.

More recently, with the threats to free speech in the public square, in academia, in church, he saw the direction these trends could take. He warned of the dangers ahead if we continued along this road. Others do this today, following his example, having been inspired by him. 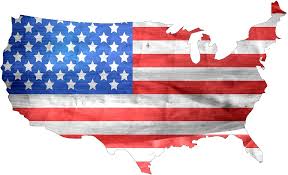 So Rush Limbaugh died on Ash Wednesday in a country that is on fire, bit by bit burning to ash. Ashes to ashes, dust to dust, we say in Lent, and we wear the ashen cross of Christ on our foreheads. We are reminded of our pride, the root of all sin. We are reminded to be humble, to watch and wait and listen, to allow God to rule us within and without.

Cruel and unseemly remarks have surfaced in the media regarding Rush Limbaugh’s death. Even in elitist conservative circles, he was considered beneath their notice, an embarrassment to the way they wished to proceed and be seen. These same elitist influencers, I believe, became spoilers in the presidential election, and I wonder if they reflect on the first hundred days of the new administration. They are responsible for these results.

Elitists are divisive and shunning and brimming with self-pride.

Pride kills. Pride is cancerous, devouring the heart and mind and soul. Pride is secretive, pretending to be something it is not, a destroyer of love. Pride is self-righteous. Pride puffs us up and looks the other way when convenient, recalling Germany in the 1930’s. Pride makes excuses for behavior, for keeping a distance from the working and middle classes. Pride kills the proud like a parasite. Pride is blinded to truth and efficacy and results. Pride lies and creates comforting narratives. Pride spews propaganda and marginalizes undesirable deplorables. 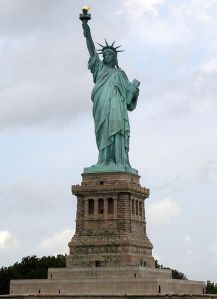 It is a time to take stock, to consider how to better protect and celebrate our country, to consider freedom and its erosion by the proud, the blind, the elites. It is time to come together as believers and as voters and as lovers of America. It is time for races and classes to find common ground as Americans, an exceptional people, to weave a new cloth with language and lore, with symbol and song, with stories of how we worked by the sweat of our brow, tilling the fields, protecting the weak, freeing the slaves, fighting for freedom at home and in the trenches of Europe.

Most of all, thank you for reminding some of us that we are not alone in this great love.