England’s Queen Elizabeth passed into Eternity a few days before America’s memorial of Nine-Eleven, the bombing of the World Trade Center towers on September 11, 2001 in New York. The two events weigh upon my heart and mind in nearly equal measure. Both the good queen and the crumbling towers are icons of Western Civilization; both are signs of a passing age and a loss of innocence, a call to defend freedom in the free world.

There has been much of late in the news about Elizabeth Windsor, whose reign spanned seventy years. She embodied many Judeo-Christian values – courage, responsibility, humility, work ethic, duty, love of God, love of family and the “family of nations,” as King Charles III said in his recent address to the nation (and to the world). Her quiet reserve gave her strength and stature and allowed her to embrace all of her people regardless of differences in background or belief. She is greatly mourned and terribly missed.

Our World Trade Center was a symbol of our freedom and democracy, our own work ethic, our desire to create and to build, rather than to destroy. The Islamist terrorists chose the towers, for they were iconic symbols of our free world. They also chose Washington D.C. targets, symbols of our nation, of our rule by the people, for the people, through representative government.

America revolted against England’s monarchy in 1776, for monarchy isn’t always good. While England’s monarchy is limited constitutionally, nevertheless, the character and inclinations, not to mention self-discipline, of the person wearing the inherited crown affects the events of their reign, for good or ill. Americans wanted to rule themselves and, having come to these shores for pure and Puritan reasons, having been persecuted by a king, they had a history of freedom of religion. They wanted not only self-rule, but freedom to speak and worship as they chose. They risked all to travel by sea to these shores, and most made the journey because of religious persecution at home. They wanted freedom to worship, to speak.

Today those freedoms are once again threatened, not by outsiders, although that may be the case as well, but by our own people in power.

In the short history of the United States (compared to England) Americans drifted away from the Judeo-Christian ethos, a rule of behavior under the authority of God necessary for democracy to thrive, even survive. As we drifted away from God, we invited anarchy, for without a higher authority, we become little kings, dwelling in our own castles of desire, greed, and self.

And so we honor the life of Queen Elizabeth II, a life embodying the Christian ethos, a reminder to Americans the substance of our great loss, the current denial of that ethos. And it is a great loss, this rejection of God’s authority, for the vacuum is soon filled by tyranny.

Even a monarchy relies on this goodness to define the reign, to keep tyranny at bay. Will the new king revere the Ten Commandments given to Moses on Mount Sinai and stated by Our Lord Jesus in today’s Gospel? Will the new king, with a dubious past and woke religion, believe in the authority of God? Will he encourage freedom in his realm? 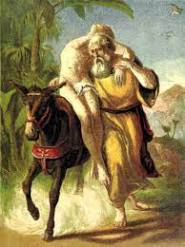 “I am the Truth,” Christ said. And in today’s Gospel we hear the story of the Good Samaritan, the man who cared for the wounded traveler on the side of the road. For we are told to love our neighbor, not only our own family, our own nation, but the family of nations. We are to love one another, care for one another, respect one another. This is the message embodied in Elizabeth, Queen. This is the message embodied in the American founding.

The twin towers fell to ash. In Elizabeth there seemed a permanence, a faithfulness to freedom and the ideals of Western Civilization. She has left us for a better world. We enter a new age, a time of watchfulness, a time of care, as we defend the Truth which will set us free, Our Lord of Hosts.

Thank you, Elizabeth Windsor, for your life and devotion to your people. As Americans honor those lost in the Nine-Eleven attacks that sought to destroy America, we remember your faith in freedom, born of your faith in God.